Netflix and the Internet of Fads

Need to Test a Space Suit? Head to Iceland

(Gary) Bowser has to pay Nintendo another $10M

On 2 months Ago
admin


OMAHA, Nebraska. This city is abuzz today as municipal employees paint lamp posts and spruce up planters in the downtown area for an unprecedented celebration that some say is bigger than a world’s fair or an Olympic Games. “We’re only one spoke in the wheel,” says Chamber of Commerce President Orel Heinze, “but we’re the one that has the baseball card attached to it with a clothes pin.”

Hruska: “You say ‘mediocre’ like it’s a bad thing.”

Heinze is referring to the conclusion of a four-city, four-year “Celebration of Mediocrity,” the first such event ever, which began in Boston, moved on to Memphis, then Indianapolis and will conclude with a grand finale here. “Those are all great cities, don’t get me wrong,” Heinze says with a mischievous gleam in his eyes, “but when it comes to mediocrity, we’ve got them beat hands down.”

The occasion for the celebration is the unlikely confluence of birthdays a century ago of three entertainers who have come to epitomize mediocrity in America; Sonny Tufts in 1911, Durward Kirby in 1912 and Snooky Lanson in 1914. “The only comparable grouping of birth dates of such notable artists was the 100-year span that included Vivaldi in 1678, Bach in 1685, Mozart in 1756 and Beethoven in 1770,” says cultural historian Wil van de Verde of Shimer College. “Those guys were pretty good, but it still took them almost a century to do what Kirby, Lanson and Tufts did in four years.” 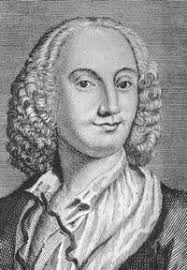 Omaha was the home of none of the three greats, but it was the final resting place of Senator Roman Hruska, who defended mediocrity in a speech that challenged critics who complained that Judge Harold Carswell, nominated to the Supreme Court by President Richard Nixon, was “mediocre.” “Even if he were mediocre,” Carswell said in a stirring peroration that is still studied in oratorical classes here, “there are a lot of mediocre judges and people and lawyers. They are entitled to a little representation, aren’t they, and a little chance? And you notice how I nailed the subjunctive back there?” 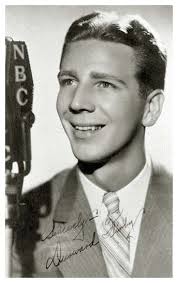 Durward Kirby:  The model for all subsequent affable sidekicks.

Each of the three entertainers celebrated as the festival moved from city to city had his own unique claim to mediocrity; Kirby virtually created the model of the “affable sidekick” to TV host Garry Moore that continues to this day on late-night TV shows. “He may have been born in Kentucky,” says Indianapolis city historian Ewell Cutrino, “but he really used Indianapolis as the one-meter springboard to his fame.” 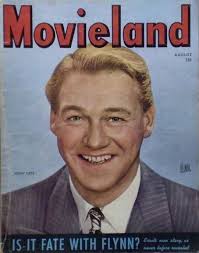 Lanson, who was born in Memphis, and Tufts, who was born in Boston, share one reliable indicator of mediocrity; both were the butt of jokes on the “Rocky & Bullwinkle Show,” a 60’s afternoon cartoon feature that sprinkled obscure pop culture references throughout its regular features in order to convey coded messages to Russian spies through the characters of Boris and Natasha. 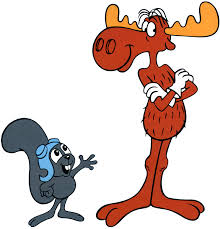 While scholars will debate the relative merits of the entertainment greats in a Festschrift, a collection of scholarly essays that will celebrate their respective lives and contributions to the bland cultural pudding that is America’s leading export to the world, those with extensive backgrounds in the nascent field of mediocrity studies say the smart money is on Sonny Tufts to emerge as pre-eminent among the four when the dust of the academic rug-beating settles. “You look at Tufts’ Wikipedia entry, and he was lampooned by everybody,” says van de Verde. “It takes a special kind of dud to be picked on by Rowan & Martin, Dick Van Dyke and Bullwinkle the Moose.”

admin
On 7 months Ago

admin
On 5 months Ago

As Bank Replaces Coffee Shop, Patrons Have Grounds for Complaint

admin
On 6 months Ago

admin
On 6 months Ago

For “No Punc” Writers, Way to Women’s Hearts is Paved With Semi-Colons